The Modern Traditionalist has moved.  Please make the leap and find us here!
www.modtraditionalist.com

Posted by Jessica Thor-Miller at 6:55 AM No comments: 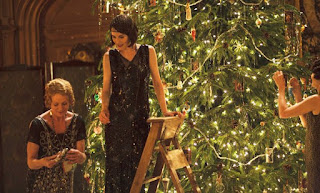 Read the full blog post including my failsafe fondue recipe at my new home here. 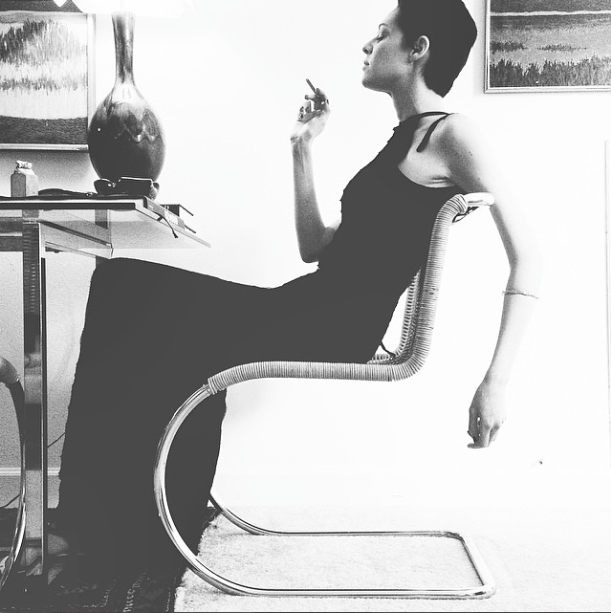 “Style Icon” is typically an honor only bestowed on celebrities and the infamous.  Rarely does an ordinary civilian earn such stature.  This is the case, though, with one exceptionally chic New Yorker currently living in Chicago.  Robyn Mizrach has the innate flair that I can only aspire to achieve.  It starts with the mid-century modern abode perched high above Lake Michigan in Chicago’s Gold Coast neighborhood.  When she’s not there working away on her forthcoming novel about Mies van der Rohe, she’s out on the town with her equally stylish husband.  I dare you to dive into her Instagram feed and not come up malachite green with envy!

Posted by Jessica Thor-Miller at 9:13 PM No comments:

WHAT'S IN A NAME? 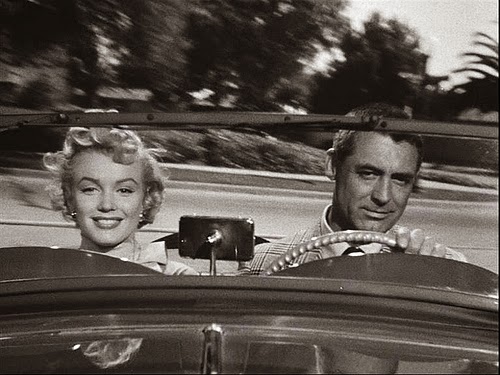 Names are the labels we keep with us for life.  Yet it is something which is completely out of our control unless, of course, the stage is your calling and no ordinary moniker will do.  After all, Norma Jean Dougherty and Archibald Leach aren’t as marquee-worthy as Marilyn Monroe and Cary Grant.
As a parent, one of the more important decisions you will make is determining the name of your child.  Techniques vary from searching the Social Security registry of names starting from the bottom to assessing the characters of your favorite book to researching the surnames of your ancestors.  And all of this hard work can crumble when you see the chosen one stitched onto a faux-fur, bean-bag chair in the latest Restoration Hardware Baby & Child catalogue.  Nobody wants their child to be one of ten Olivers in their classroom, or do they?  I happen to have a name that was not common until 1973 when both the Allman Brothers and Seals & Crofts released singles titled Jessica.  Needless to say, I know a lot of Jessicas.
When I was pregnant, my husband and I procrastinated on choosing a name for our baby.  About a week before my due date we had our list narrowed to about 5 strong contenders.  Our intention wasn’t to choose one name before the birth; we wanted to meet our little guy before we decided.  We went into the delivery room with two finalists.  Twenty-four hours after he arrived, with the birth certificate form in our hands, we were forced to finally choose.  My husband had his favorite and I had mine.  And then lightening struck me.
“It really comes down to what kind of man we think he will become,” I explained to my husband.  Each name conjured up a different image, a completely different aura and personality.  Would he be a Steve McQueen, Paul Newman, rough and tumble, daredevil, masculine guy?  Or, would he be a smooth and polished, debonair, aristocratic, Fitzgeraldian gent?
Did I mention our little one had already completed countless circuits on the Sonoma Raceway at top speed in utero and, despite all medical predictions to the contrary, flipped from breech position at 37 weeks?  There was no denying it any longer.  He was anointed Wesley, our future fast-driving, risk-taking and daring boy. 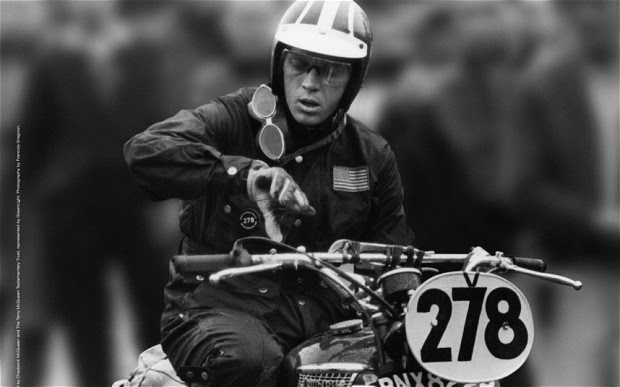 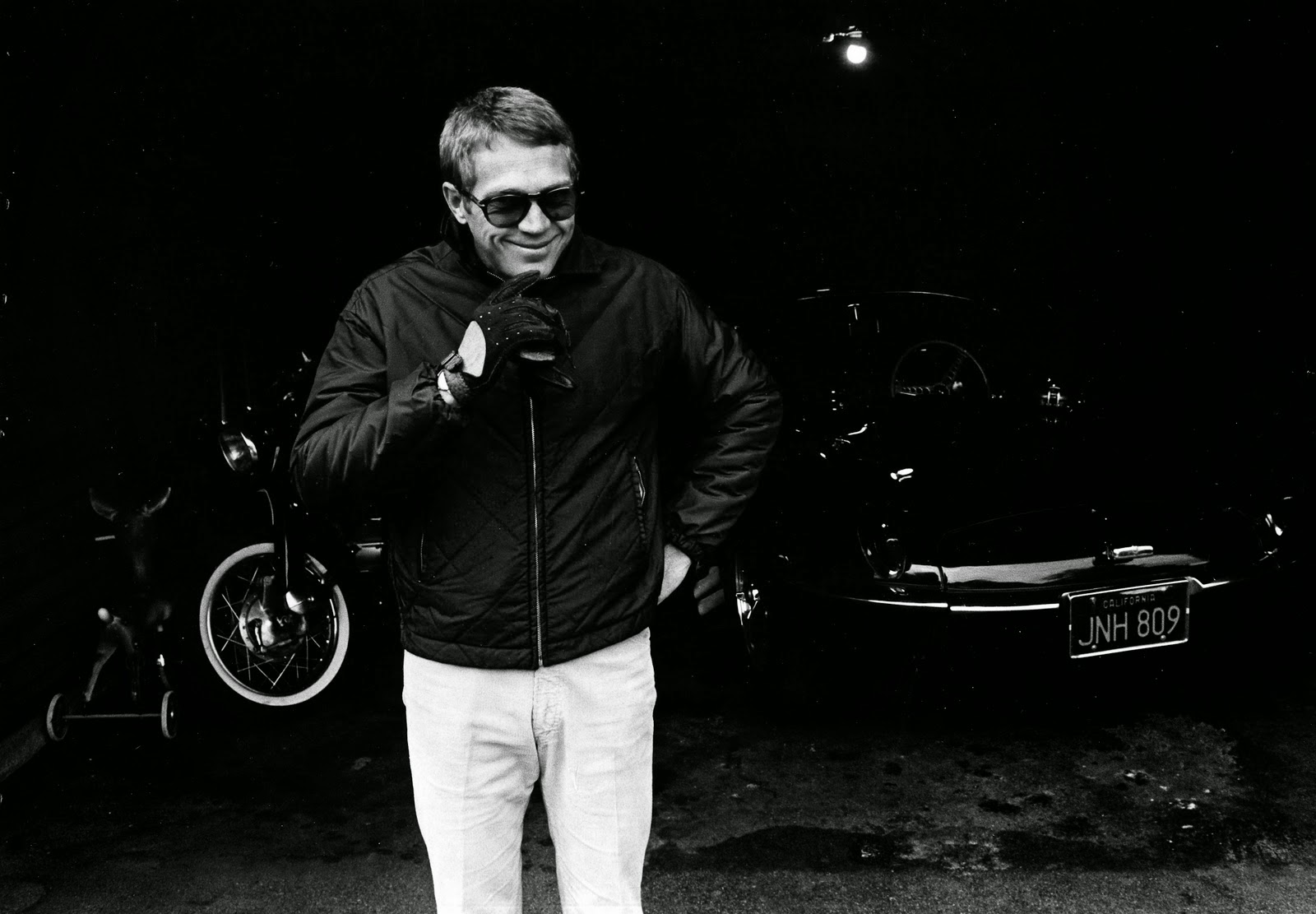 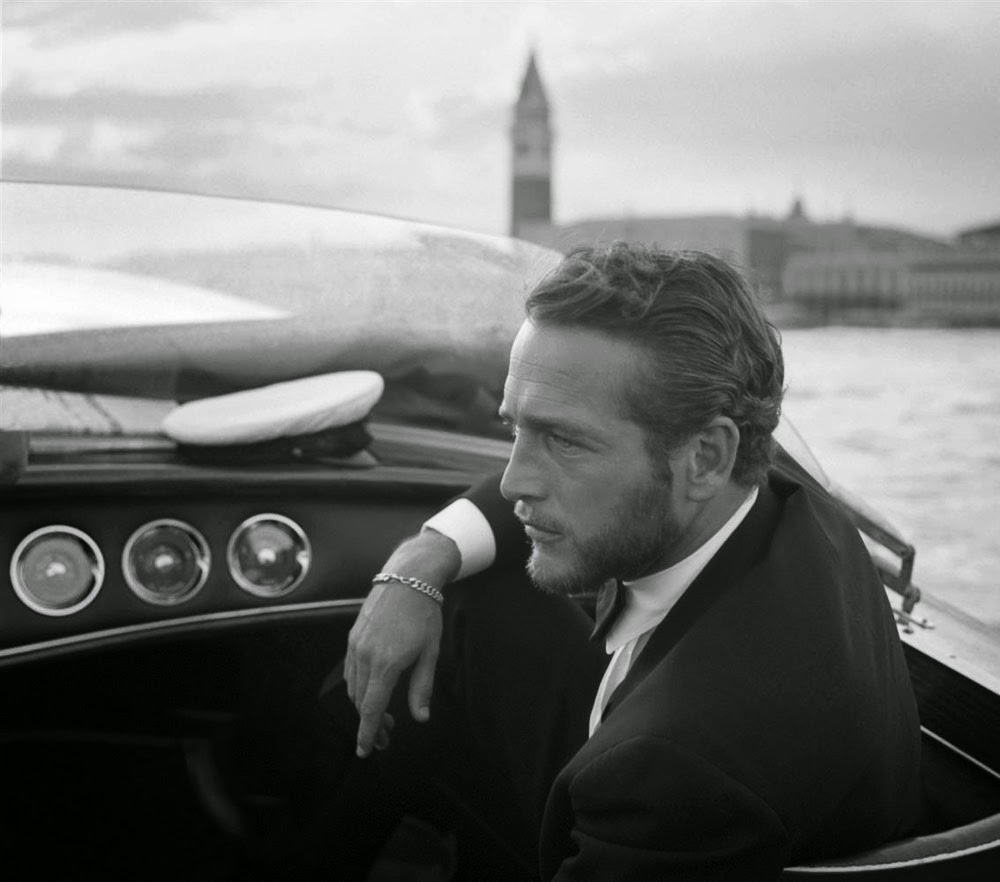 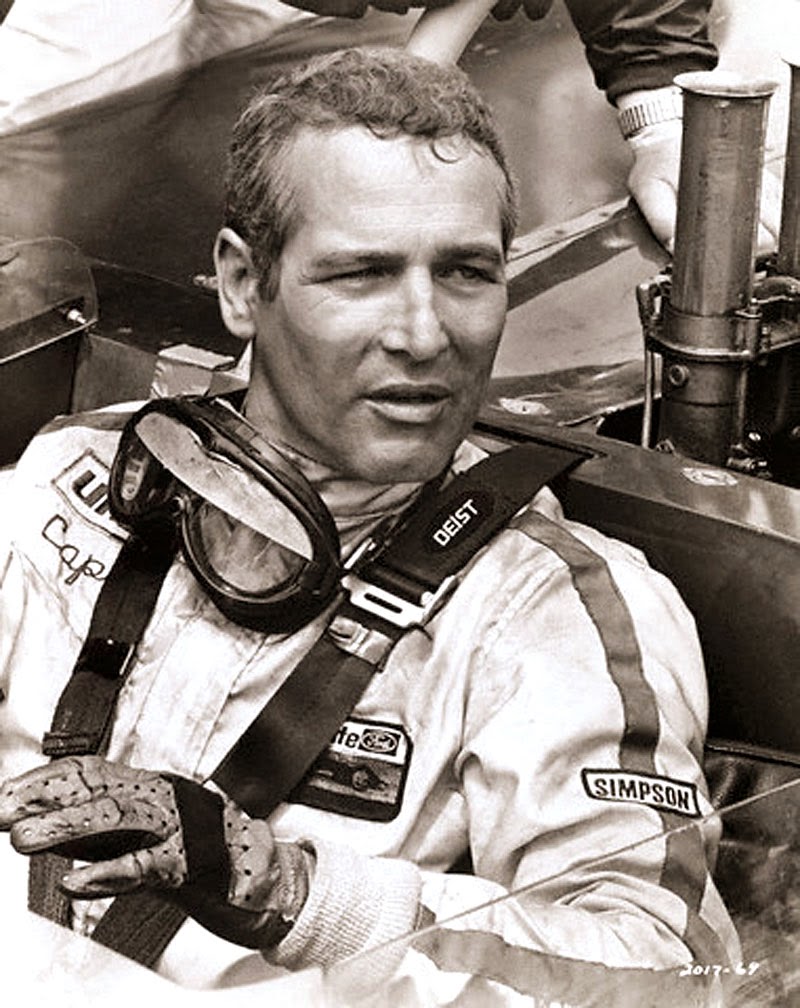 A few months later a work colleague inquired as to our little one’s name.  “Wesley….Wes Miller.  He’s going to be a race car driver,” he replied without prompting.  Stunned, I immediately recounted the story of that night in the hospital.  A few days later a DVD of The Great Escape, The Magnificent Seven and The Thomas Crown Affair arrived at my desk.  Outside of a rare whiskey, it was the perfect baby gift.
So what was the other name we considered?  Ah, well we’ve locked it away in the event a dashing, gallant and elegant younger brother makes his big debut. 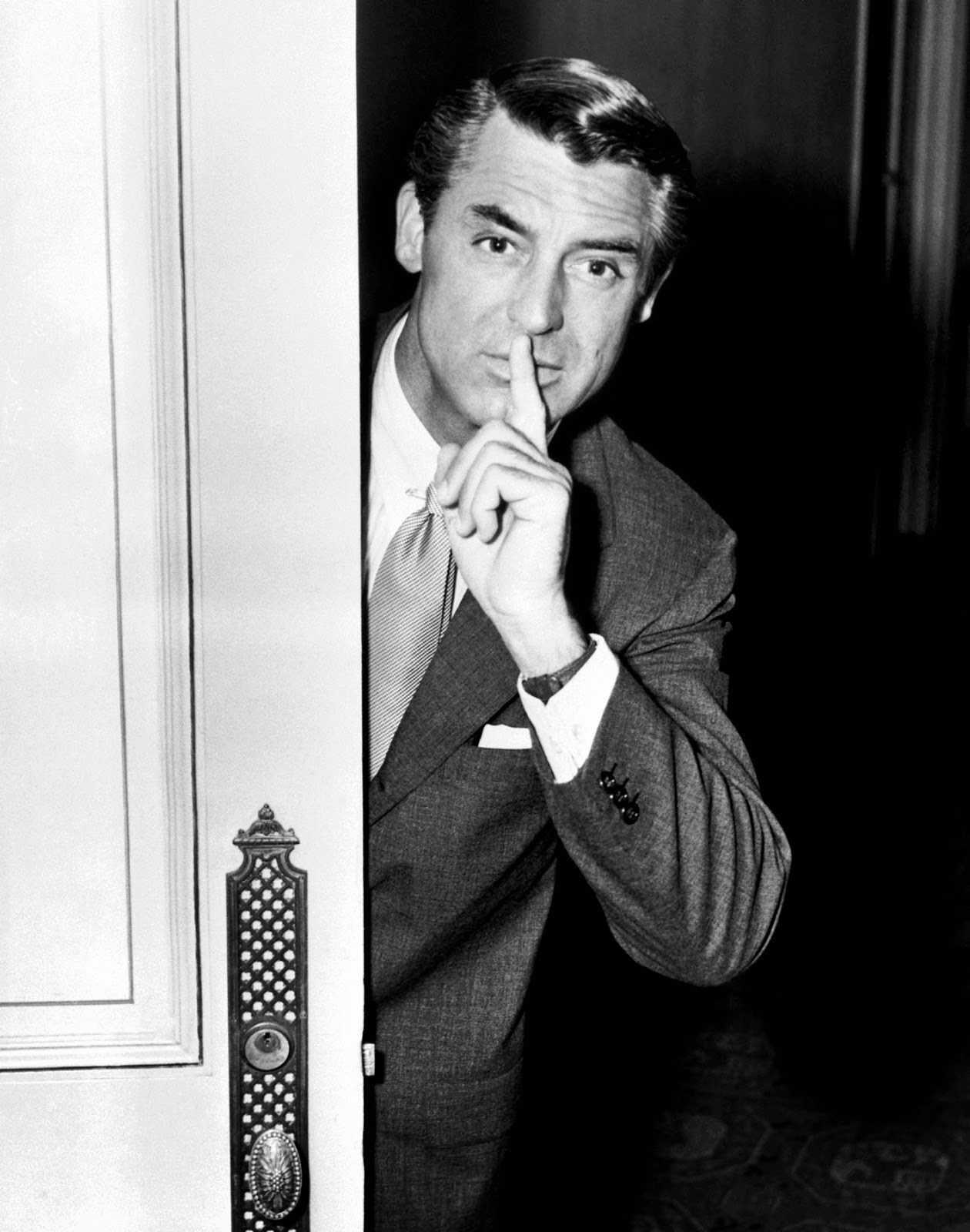 Posted by Jessica Thor-Miller at 1:15 PM No comments: 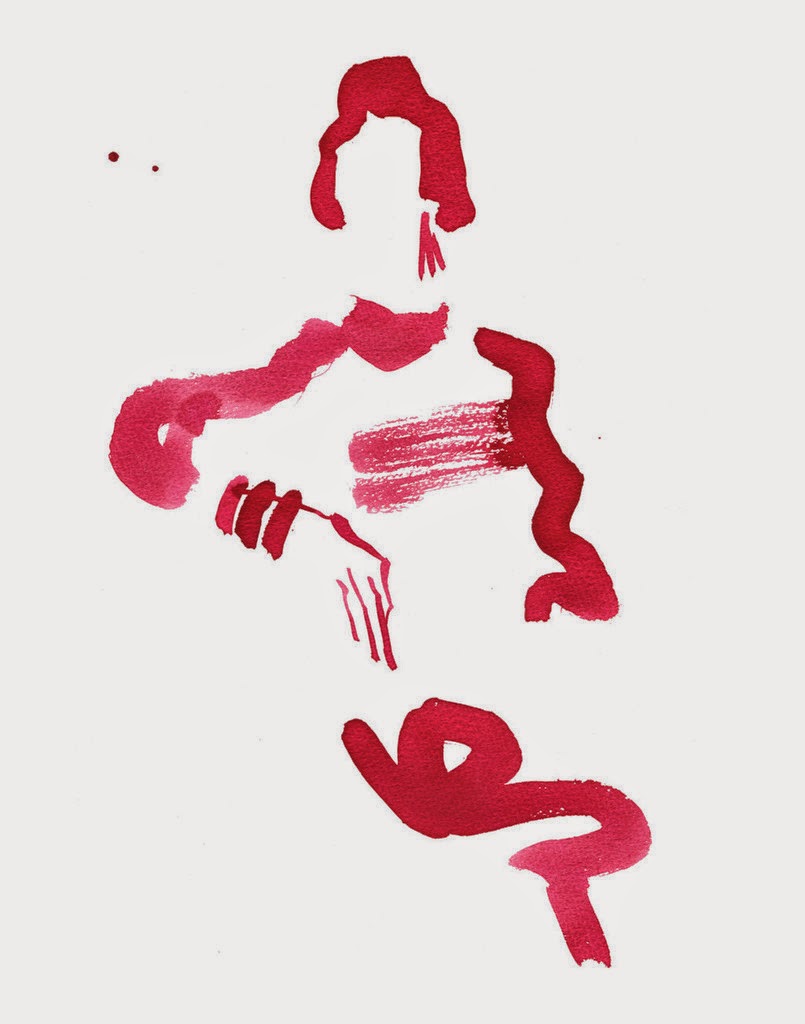 I’ve long been obsessed with learning about what makes the iconic and visionary tick.  Many of these pioneers have long been identified by their eccentricities and extraordinary quirks.  After all, marching to the beat of your own drummer is arguably prerequisite to making a meteoric cultural impact.  And while the anomalies that contribute to greatness pique my curiosity, I’m most fascinated by their slips into the prosaic.  What are the metronomic essentials providing the rhythmic undercurrent to their vibrant melodies?
For most of us, lunch is a mere pitstop, a necessary inconvenience.  Nothing reaches the depths of ordinary more than the “office lunch”, that which is taken at your desk and likely involves an unremarkable sandwich or, worse yet, an unevenly hot tray of gelatinous goo posing as lasagna.  I was thrilled when I found the lunch instructions of the legendary Diana Vreeland, proving that even the most captivating individuals had to slog through an office lunch on their way to immortality. 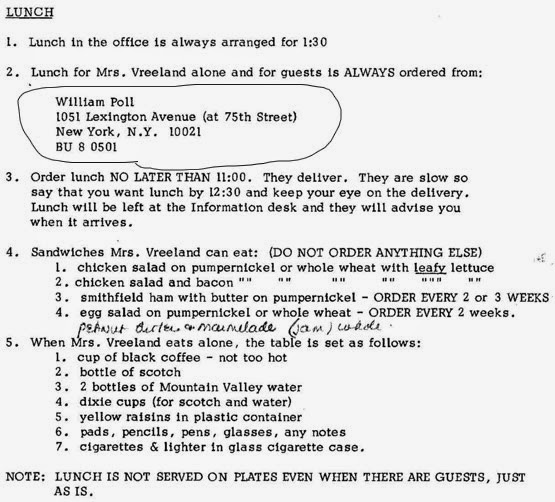 Mrs. Vreeland always took her lunch at her desk and it was always ordered in from the equally legendary William Poll.  A simple sandwich, raisins and black coffee - it’s hard to see any difference between D.V. and oneself, except for perhaps the Scotch and cigarettes.  She even ate her sandwich from a napkin, no plate.  And if I’ve learned anything from studying the routines of these folks, it’s that having order and routine in the most trivial details is essential.  It’s as if having ultimate control of the minutiae helps clear the fog for one’s genius to radiate.  I don’t know that I’ll ever be in a position where someone is tasked with arranging my desk on the regular, but if I do, I will be sure to have a highly specific diagram to help guide them.

(Illustration of Diana by Miyuki Ohashi, which can be purchased from Buddy Editions. Lunch instructions and desk diagram courtesy of Diana Vreeland: Immoderate Style.)

Posted by Jessica Thor-Miller at 3:25 PM No comments:

I have a shameful secret. When all is quiet and darkness affords me a level of anonymity, I have an uncontrollable desire to peek into the windows of homes.  At dawn I witness these domiciles spring to life, as the inhabitants gradually surrender to their morning routines. With the advent of Instagram, we can now glimpse into these windows with permission. The gorgeous mid century modern abode. A quivering Eton Mess. Gorgeous tiles snapped on vacation in Morocco.  They are all curated for our pleasure, inspiration and envy.
When we were still in the embryonic stages of dating, my husband and I peered for an inappropriately long time into the window of a Georgetown row house. The details can still be summoned in my mind, the beautifully decorated living room with the toy truck and building blocks abandoned so perfectly. This room was lived in, not a sterile masterpiece with any hint of life stowed away in a cupboard. Just beyond, a small gathering was in full swing on the patio, adults and children were mingling and mixing and, I'd like to believe, sipping French 75s. A knowing glance between us confirmed our shared desire for the same quintessence of family life.
I also find myself leering a bit too long at snapshots from the life of Paul and Sara Ruffin Costello and their gorgeous children.  They have that perfect blend of high style meets family practicality which I hope to imbue into our lives.  Take a peek with me:

Posted by Jessica Thor-Miller at 5:42 AM No comments:

I have big plans for 2015 and as part of those, I will be relocating my blog to its new location here.  The decision to eventually leave the Blogger platform was a difficult one but this new format will allow me greater creative flexibility and I do hope you join me there.  I will continue to add new content here for those of you who prefer this platform until it becomes too burdensome.

MT
Posted by Jessica Thor-Miller at 5:36 AM No comments:

Jessica Thor-Miller
“Life’s a banquet and most poor suckers are starving to death!” How to make a Modern Traditionalist: One part literary explorer; Two parts time traveler; One part domestic arts adventurer; Top off with champagne and serve chilled with a twist of wit. Fashion, interiors, kitchen exploits, entertaining, and other pursuits. **Profile photo Dolores Guinness

Get Modern Traditionalist via Email